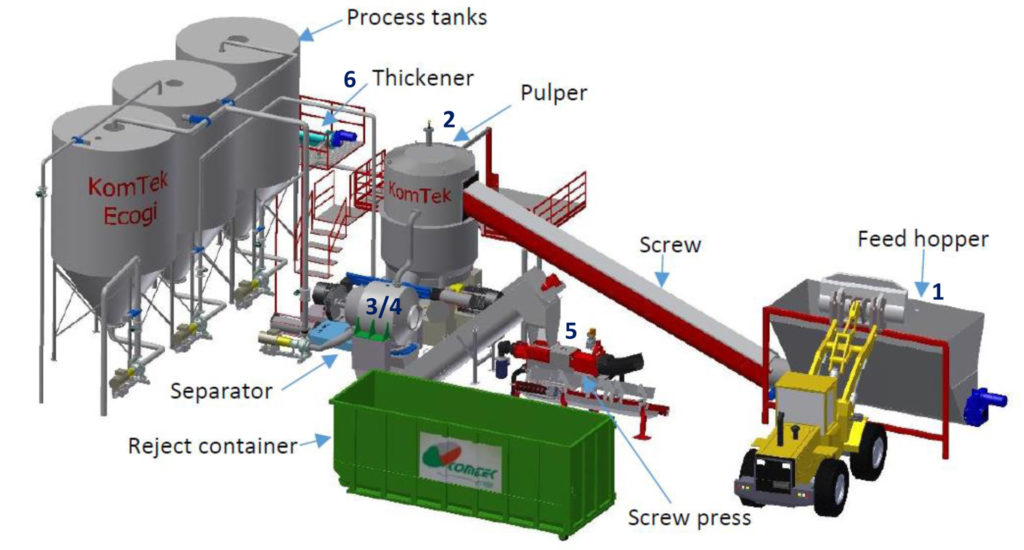 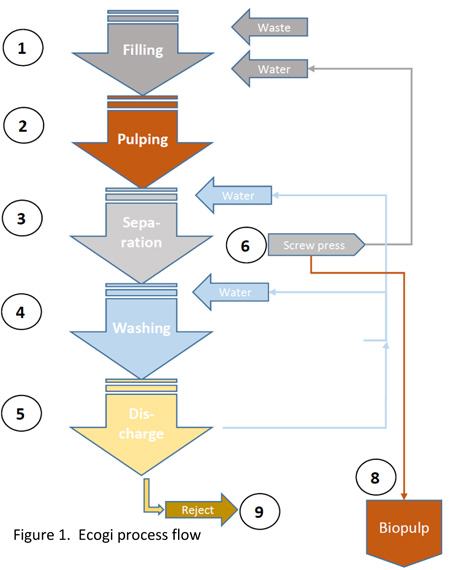 The Ecogi technology has been developed for source-segregated organic waste from households and commercial enterprises. The system is designed with robust components to cope with the challenges in this kind of waste. The numbers below refer to the flow diagram on the right.

Waste is loaded with front loader to the feed hopper (1) with built-in extraction screw. Beside feeding the material to the subsequent transport conveyor, the screw also opens the waste to reduce the volume, thus allowing more waste to be fed in each batch.

During filling of the pulper the waste is mixed with excess water from the thickener (6). The pulping lasts 12 – 15 minutes depending on the type of waste treated and the recipé selected by the operator. Stirring in the pulper is caused by a rotor in the bottom, equipped with exchangeable wear segments.

When the pulper is empty, the valve closes and the next filling sequence can start (2). At the same time 1st washing step starts (4), where the reject is washed with technical water. The excess water is pumped to a tank with thin biopulp to be reused in a subsequent separation sequence. In the second washing sequence the reject is flushed with clean water to reuse as much organic as possible.

After finishing of the 2nd washing sequence the valve below the separator opens, and the reject is dewatered, first in a dewatering screw, then in a screw press. The reject is dewatered to approx. 50% moisture (5). The dewatered reject is transported to a storage for later transport to an incineration plant or central sorting installation for recycling.

From the raw pulp tank the raw pulp is pumped to a thickener, which is a kind of screw press. The raw pulp is dewatered to the required dry matter content, which is typically around 17%. The excess water from the thickener is led to the pulping water tank to be reused in a subsequent pulping.

The finished biopulp is led to the finish pulp tank (7), from where it is sent to a biogas plant. 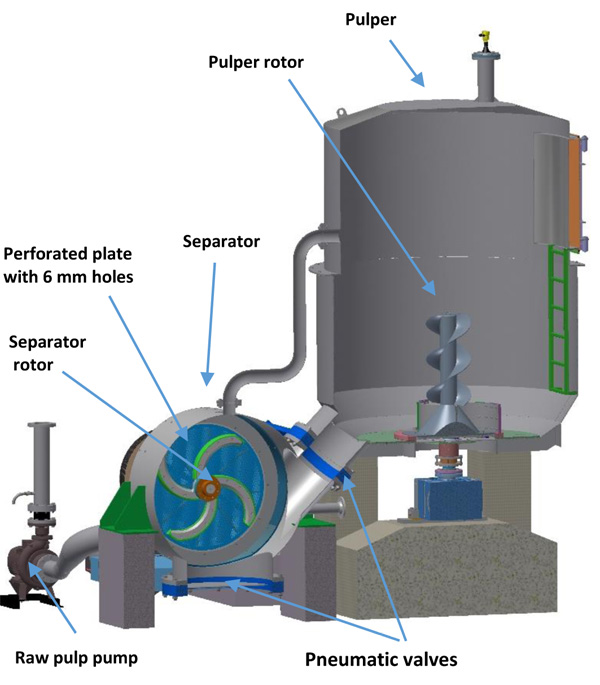